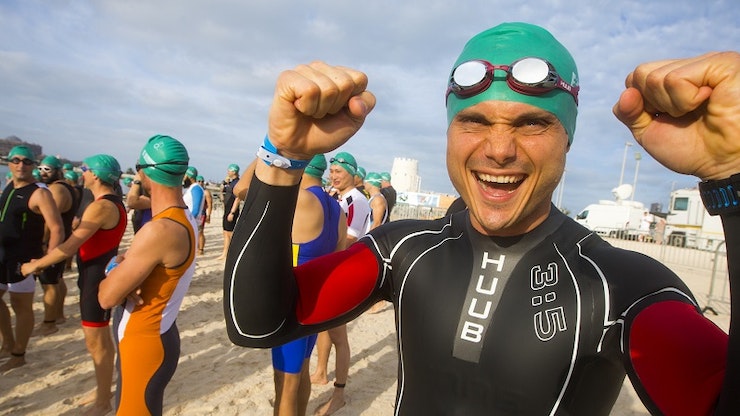 Abu Dhabi, UAE. Wednesday 02, February 2016: This weekend, Abu Dhabi will host the start of the new World Triathlon Series season with a sold out second edition of the spectacular ITU World Triathlon Abu Dhabi, on 5 March. Some 2,200 competitors, including the world’s elite and amateurs will tackle the Middle East’s most prestigious triathlon against the backdrop of the UAE capital’s stunning Corniche.

Following an overwhelming demand for race spots, the event is now officially sold out. “The ITU World Triathlon Abu Dhabi will launch this season in style. We look forward to welcoming the best triathletes in the world to Abu Dhabi as they compete for line honours on the road to Rio. Spectators are in for a treat and should ensure they are at the race village on March 5th to experience racing of the highest order,” said Gary Marescia, Race Director of the ITU World Triathlon Abu Dhabi.

Local and international entrants will join a star-studded professional field on Abu Dhabi’s iconic Corniche. Competitors from around the globe, spanning 67 nationalities and including 130 of the top elite men and women from 55 countries, are preparing to participate in one of the region’s must-do mass participation events.

“The exceptional quality of the entry list and participation numbers confirms that Abu Dhabi is the perfect starting event on the ITU World Triathlon Series calendar,” continued Marescia.

The triathlon will be headquartered at the Abu Dhabi Sailing & Yacht Club on the Corniche Breakwater, where a spectator-friendly race village will feature a huge 1,000-seater grandstand overlooking the finish line, bike park, ‘Friends and Family’ area, refreshment kiosks, big screens to follow the action on course and a special Kids Zone. The elite race will see a ‘swim start’ off the pontoons used by the 2014/15 Volvo Ocean Race, with both the top men and women on the ITU World Series rankings competing for podium places and all-important Olympic qualification points.