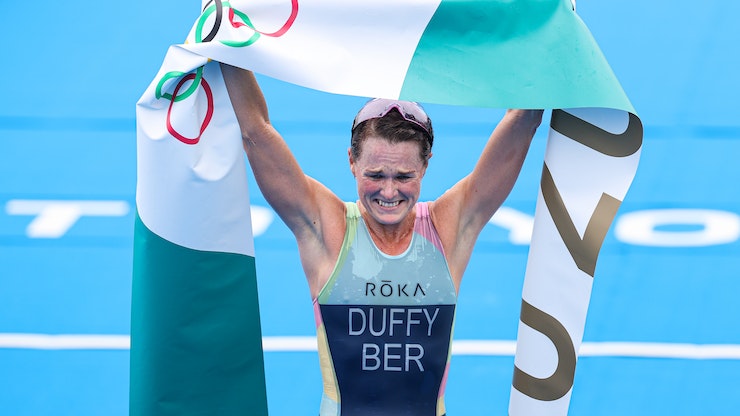 Abu Dhabi Sports Council has announced the Elite Start List, which boasts an array of Olympic and Paralympic stars, set to delight the crowds in Abu Dhabi this November.

A stunning line-up of the world’s best triathletes has been announced for the World Championship Series Abu Dhabi presented by Daman, which this year will also see the inclusion of the World Triathlon Para Championships hosted in the city for the very first time.

The elite athlete field is made up of 232 elite athletes, including six of the world’s top 10 men’s triathletes, seven of the top 10 best women, as well as an array of Paralympic stars. In total, more than 2,000 athletes are expected to take part in the glittering event, presented by the National Health Insurance Company – Daman.

His Excellency Aref Al Awani, General Secretary of Abu Dhabi Sports Council, said; “We are very pleased with the prestigious position that the Abu Dhabi World Triathlon Championship is held in regard by the world’s elite athletes.

"The event has attracted the world’s best triathletes to participate in Abu Dhabi and as we welcome them, it will be yet another world-class athlete field, delighting not only fans in the grandstands but also millions more watching from around the world.

“Hosting this event fills us with pride every year and we can’t wait to welcome everyone back for what will be another incredible weekend of action and entertainment.

“The athlete field is made up of some of the sport’s finest athletes, many of whom are at their very peak following their participation in the recent Olympic Games in Japan. This is an opportunity for fans to watch the world’s best in our own backyard, and we have little doubt that their return will see our local community inspired once again.”

Commenting on the all-star line-up, Daman Chief Executive Officer Hamad Al Mehyas: “We’re looking forward to once again welcoming a truly world-class field of elite athletes to Abu Dhabi, packed with Olympic and Paralympic stars. Year-on-year we see the positive effects athletes like these have on the local community – and we hope that they will once again inspire more people across the UAE to get active.”

The men’s line-up includes German Tim Hellwig, the current world number 1 following his impressive win in Hamburg. Paul Georgenthum from France will also toe the line, currently second in the series ranking. A new star on the French team, he finished in second place in Hamburg on his series debut and will be looking to continue that form on Yas Island.

Hayden Wilde, Olympic bronze medallist, will be one-to-watch. Currently in fantastic race form, Wilde has been racing across Europe since his Olympic performance and will be gunning for the top spot here in Abu Dhabi.

“I feel like I’ve had an incredible preparation period for Abu Dhabi and I can’t wait to get there,” said Wilde. “The Olympic medal in Tokyo was a dream come true for me. But the work doesn’t stop there. I’ve more focussed than ever, and I’m excited by what’s to come this season. It’s another strong line-up in Abu Dhabi, but hopefully I can produce something special.”

Another star on his way to Abu Dhabi is Olympic gold, silver and bronze medallist, and fan-favourite, Johnny Brownlee from Great Britain, along with Belgian duo Gelle Jeens and Marten van Riel.

The region will also be well represented with Abdulrahman Mubarak, Omar Ali and Mohamed Mubarak from Bahrain taking on the world’s best in the elite men's field.

In the women’s event, Bermuda-born Flora Duffy OBE is returning to Abu Dhabi. She is Bermuda’s first ever Olympic gold medallist and is a three-time world champion (2016, 2017 and 2021). She will be battling a fierce British team, with Olympic medallists Georgia Taylor-Brown, Jessica Learmonth and Vicky Holland on the line. She also has Ironman 70.3 World Champion Lucy Charles-Barclay to contend with. The hugely talented athlete, who has recently been seen testing her metal on ‘short course racing’, will be making her Abu Dhabi debut.

German Laura Lindemann, who is currently leading the series after winning her first ever World Series event in Hamburg, will be on the start line, while Summer Rappaport will be leading the Americans.

The PTS4 men will see 16 competitors, one of the largest start lists ever in the sport, including the full Tokyo podium of Alexis Hanquinquat, Hideki Uda and Sanchez Palomero. This field also includes Sebastian Engwald from Denmark, who lives and trains in the UAE.

There will be 13 women competing in the PTVI class, including Tokyo gold medallist Susana Rodriguez. The Spaniard was on the cover of Time magazine for her role as a doctor during the pandemic while also preparing for the Paralympics.

Another big name on her way after her debut on Dancing with the Stars in the UK is Claire Cashmore, who will be competing in the PTS5 women’s category.

Alongside the elite races, there are also race categories for 2,000 amateur triathletes and junior triathletes who have the unique chance to race on a similar course and on the same weekend as the world’s best. Age group athletes can sign up here.