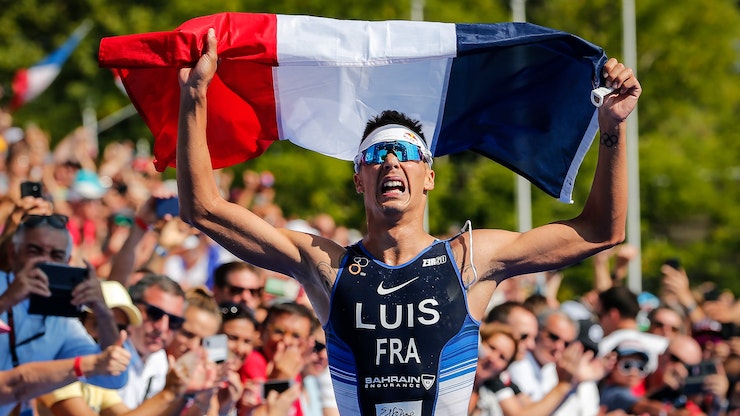 These triathlon titans are the first announcements in what is set to be the strongest elite field ever seen in Abu Dhabi, littered with Olympic and world champions. 110 of the world’s best elite triathletes and 70 elite para-triathletes will thrill the crowds at Yas Marina Circuit from 5 – 7 March, jostling for qualification points critical to the Tokyo 2020 Olympics and Paralympics taking place this coming summer.

The current ITU World Champion and defending ITU World Triathlon Abu Dhabi presented by Daman champion, Katie Zaferes, will be the women’s triathlete to beat during the race weekend. Over the course of 2019, she won five of the eight World Triathlon Series races, including victory in the 2019 ITU World Triathlon Grand Final in Lausanne. Having represented Team USA at the 2016 Olympics, she is also a strong contender for a podium spot at the Tokyo 2020 Olympics.

Speaking of her stellar 2019 season, Zaferes commented: “2019 was such a special year for me. It’s difficult to put into words the feeling of becoming World Champion! Believe me when I say that moment was not taken for granted. It took a huge amount of hard work and determination - not just from me but also from those around me.

“Starting my WTS season with a win in Abu Dhabi fired me up to just keep getting better and better. That’s my goal again for Abu Dhabi this March – to start the season positively, especially with the Olympics right around the corner!”

Zaferes also commented on her love for the Emirates: “I actually spent a bit of time in the UAE prior to WTS Abu Dhabi and I loved it! It’s a fantastic place to train – great weather, great facilities and a great community – so I’m really excited to come back in March!”

But with a field of 55 of the world’s best female triathletes expected to race, Zaferes will have plenty of competition. Leading the pack is nine-time world champion, Flora Duffy, looking to make a comeback after an injury-filled 2019 season which culminated in a victory at the Tokyo 2020 Olympic test event. The Bermudian is world-renowned for her dominance on the bike and fearless racing style that will work in her favour on the technical race course at Yas Marina Circuit.

On the men’s side, Frenchman Vincent Luis, the current men’s world champion, will also be taking part. The thirty-year-old has climbed the podium in Abu Dhabi three-times, so will be setting his sights on the top spot in 2020 as well as a medal in Tokyo.

“I can’t wait to get back on the start line in Abu Dhabi – it’ll be extra special as I’ll be wearing the gold no. 1 race number.” Luis commented.

“Of course, I’m expecting the best of the best to be lining up against me, so let’s see what happens! I’ve been on the podium 3 times in this race, so I’m definitely gunning for the win in 2020. See you in March!”

The full elite athlete and elite para-athlete fields will be announced in mid-February. Alongside the elite races, 3,000 ‘age group’ and junior triathletes will also be participating, giving triathlon enthusiasts the unique experience of racing on the same weekend and similar course to their triathlon heroes. 19 race categories are available over the 3-day triathlon festival weekend, giving amateur athletes of all ages and abilities the chance to take part.

Speaking about the world-class athletes set to descend on Abu Dhabi this March, HE Aref Al Awani, General Secretary of Abu Dhabi Sports Council, the owner of the event, said: “As an Olympic year, we are expecting a world-class field at this year’s ITU World Triathlon Abu Dhabi presented by Daman and I’m delighted to confirm that the current world champions, Katie Zaferes and Vincent Luis will be leading that pack. Athletes of this calibre not only delight the crowds in the Grandstands and the millions watching the race on the TV around the world – they also play a key role in inspiring the local community to get active. That’s absolutely key for the Council, and one of the reasons we are committed to this wonderful sport which welcomes people from all walks of life.”