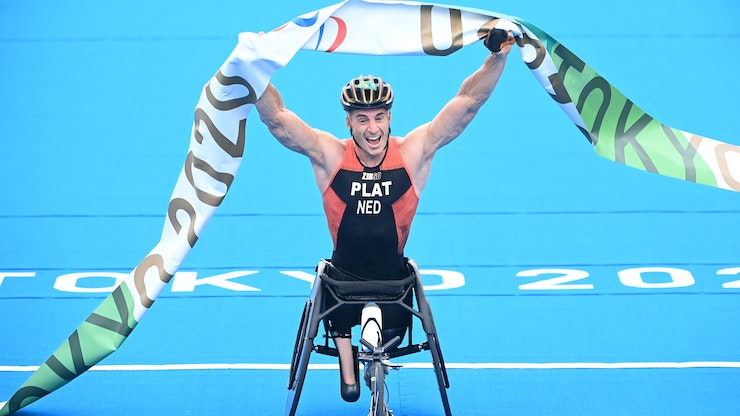 Abu Dhabi Sports Council (ADSC) announced today that the World Triathlon Para Championships will be added to the event schedule at the upcoming World Triathlon Championship Series Abu Dhabi presented by Daman taking place on Yas Island on 5-6 November. After sadly missing out on the 2020 World Championships due to the pandemic, the world’s best para triathletes will now gather on Yas Island on the first weekend of November, just two months after their incredible performances at the Paralympic races in Tokyo.

The race format will include nine sport classes of para triathlon competing in six medal events per gender, with 12 World Champions to be crowned in Abu Dhabi. The Para Championships had previously been scheduled to take place in Milan, Italy.

Alongside the Para Championships, 110 elite athletes will compete in the World Triathlon Championship Series Abu Dhabi presented by Daman.

The 2-day triathlon event will also host a variety of races for amateur triathletes. Participants can choose from the Super Sprint, Sprint, and Olympic race distances – either as an individual or as part of a relay team. The selection of race categories means that the event is welcoming to athletes of all abilities – from first-timers looking for a new challenge, up to seasoned pros looking for a new personal best. In line with government guidelines and to ensure the safety of all participants, the field will be limited and the event will host races for athletes aged 18 years and over only. The junior races are expected to return in 2022.

His Excellency Aref Al Awani, General Secretary of Abu Dhabi Sports Council, said: “We are delighted to welcome the World Triathlon Championship Series back to Abu Dhabi in 2021. The addition of the World Triathlon Para Championship adds to that excitement – as a country dedicated to inclusion, we simply could not pass on the opportunity to host some of the most inspirational elite para triathletes from around the world here in the Capital, just weeks after they competed at the Tokyo Paralympic Games.

“The World Triathlon Abu Dhabi presented by Daman encompasses everything that Abu Dhabi Sports Council strives to achieve – an internationally acclaimed sporting spectacle for all to enjoy, from those just starting out in triathlon up to newly-crowned Olympic and Paralympic champions fresh from Tokyo.

“This event also highlights Abu Dhabi’s unique ability to host major events and Championships with the highest possible standards of safety and security, in line with our role as a leading global destination for sports events.”

World Triathlon President and IOC member, Marisol Casado added “We are absolutely delighted and grateful to our friends in Abu Dhabi who have stepped up to organize the Para Triathlon World Championships after Italy were unable to host.

“I know that the last year and a half has been a difficult time for all para triathletes, so bringing them the opportunity of competing at the highest level and for the world titles is great news. To be able to have them taking the stage once more just a few months after the Paralympics will give them extra exposure and engagement that will be valuable for them and our sport”.