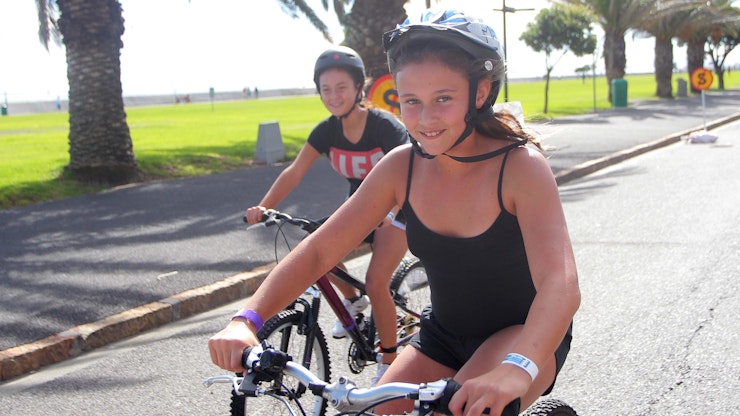 Abu Dhabi, UAE. Tuesday, 6 January 2014: The ITU World Triathlon Series (WTS) will host a first of its kind world-class aquathlon event for youngsters in Abu Dhabi on Friday, March 6 2015. Around 250 young budding triathletes are expected to take to the start line to participate in the swim-run event ahead of the ITU World Triathlon Abu Dhabi, which takes place on Saturday, March 7.

In an effort to promote healthy living and bring together UAE’s local communities for an unforgettable sporting experience, The Aquathlon at the ITU World Triathlon Abu Dhabi will feature distances for children from the age of three to 17. The ‘Tiny Triathlete’ distance is designed for the Under-8 age group and will consist of a 50m swim and a 100m run. The ‘Junior’ distance is a 200m swim and a 1.5km run for youngsters between 8-15 years old who are keen to get a taste of a healthy challenge. And finally, the ‘Super Sprint’ features a 375m swim and a 2.5km run aimed at 11-17 year olds getting a head start in the sport.

A strong advocate of getting children active through sport in the UAE capital is the Abu Dhabi Sports Council (ADSC) who have consistently introduced exciting initiatives for the country’s younger generation in past years. H.E. Aref Al Awani, ADSC’s General Secretary, said: “This event is the perfect entry point to get children into sport and to give young emerging talents the chance to realise their full potential. We have created a safe competition with the view of developing the sport of triathlon at a grassroots level and giving UAE’s youth communities what they need to continue practicing the sport.”

The online registration for the The Aquathlon event is now open at http://abudhabi.triathlon.org/enter. Entries are priced at AED 40 for the ‘Tiny Triathlete’ and AED 100 for the ‘Junior’ and the ‘Super Sprint’. All participants will get the chance to take home medals, prizes and a special race pack on the day. Looking forward to the first edition of the junior multisport event in March is Race Director and President of the Abu Dhabi Triathlon Club, Daniel Hughes:

“Participants will be racing the same course as the world’s top Olympic champions in the sport that weekend which is a great driver for children to come down with their families and get actively involved. This Aquathlon event is designed for everyone and anyone to have a go at the sport. It is an extraordinary environment to meet like-minded youngsters and get a taster of the sport.”

The Aquathlon will debut alongside the ITU World Triathlon Abu Dhabi at the Abu Dhabi Sailing & Yacht Club on the breakwater opposite the Abu Dhabi Corniche, where a spectator-friendly environment including a 1,000-seater grandstand, a bike park, a ‘Friends and Family’ area, refreshment kiosks and a kids zone will be built.