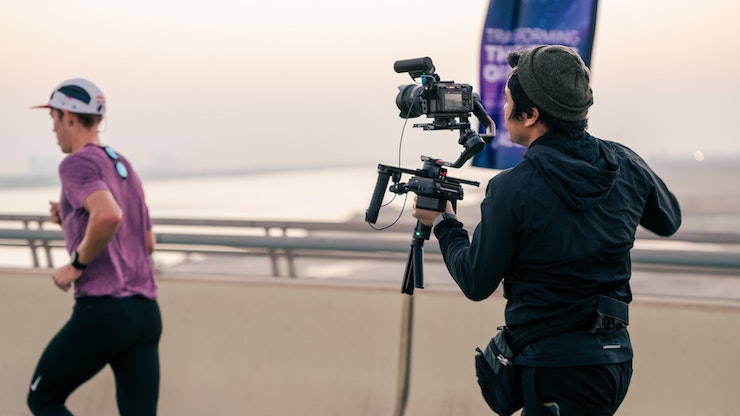 Ahead of the World Triathlon Championship Finals in Abu Dhabi, presented by Daman, Abu Dhabi Sports Council and World Triathlon have launched a new documentary series that relates the stories of some of the most inspirational local, regional and international triathletes and para-triathletes.

Comprising of five-parts, the ‘Extraordinary Triathletes’ docu-series will highlight the most inspirational characters in the world of triathlon, following their journey on becoming an athlete and their life away from training and competing.

The first episode, which is now available on World Triathlon’s social media platforms, is of the UAE-based, British triathlete Ben Parnell.

Parnell, Deputy Head of Jebel Ali School, is a dad, and one of the most influential coaches in junior triathlon in the UAE. He himself is an athlete – having qualified to race for Team GB in the Age Group World Championships this November.

In the moving first episode, Parnell admits to owing a lot to his first triathlon coach, Neil Flanagan, who has been a role model for him since he took up the demanding sport in 2012.

Parnell started the sport just before he turned 30 and through the episode, it becomes clear that he is living proof that anyone can pick up the sport at any age.

The series continues with another UAE-based Kate Turney, one of the founding members of ‘TriBelles’ – an all-female triathlon community group based in Abu Dhabi.

HE Suhil Al Areefi Executive Director of Events Sector at Abu Dhabi Sports Council, said: “The docu-series on the ‘Extraordinary Triathletes’ shines a light on the inspirational characters that make the sport of triathlon so amazing.

“Focusing on triathletes and para-triathletes from the UAE, the GCC and around the world, it gives audiences a different perspective of their day-to-day lives, the obstacles that they have overcome to become such extraordinary athletes and individuals, and the work they do for their communities.

“Combining engaging video and interviews, every episode is a source of inspiration not just for those involved in triathlon and sport but for everyone - we hope as many people as possible from around the world can watch the series and be inspired to follow in their footsteps and strive to find their ‘Extraordinary’.

“And of course, we look forward to welcoming these extraordinary triathletes and thousands more at the World Triathlon Championship Finals, which is being hosted for the first time in Abu Dhabi from 23 – 26 November.”