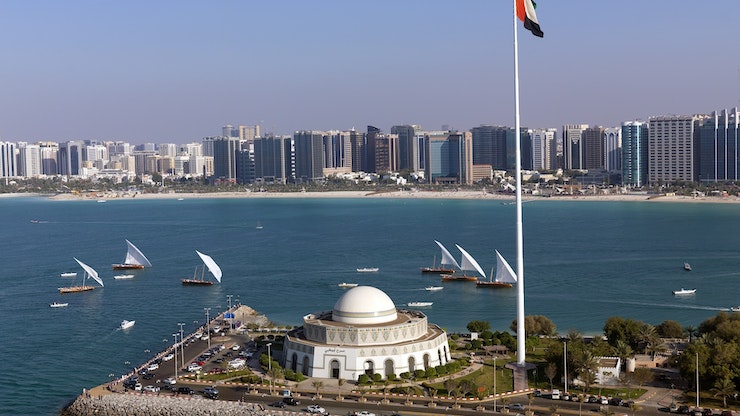 Now part of the International Triathlon Union (ITU) World Triathlon Series (WTS) the ITU World Triathlon Abu Dhabi is set to become one of the highlights of UAE’s sporting calendar for years to come and a popular annual challenge for amateurs and professionals alike.

Building on the success of the Abu Dhabi International Triathlon, which took place in the UAE capital from 2010 to 2014, the brand new ITU World Triathlon Abu Dhabi is set to be even bigger and better with a variety of course options to suit a range of abilities. The new format race features three course options: Sprint (0.5km swim, 20km cycle, 5km run), Olympic (1.5km swim, 40km cycle, 10km run) and Maxi (2km swim, 80km cycle, 20km run). All course options can also be run with friends or family as a team relay.

A new Maxi course has been added to attract triathletes looking for an exciting challenge in the Emirate. Event Director, Iain Banner, explains:

“The Maxi course has been added to offer a stiffer challenge to those triathletes who enjoy the longer distance format. We are aware that a number of international competitors require the longer distance to justify traveling to participate. Additionally, we have shortened the Sprint swim to 500m to make entering the ITU World Triathlon Abu Dhabi achievable for first-time novice competitors.”

Renowned for its star-studded line-up the Abu Dhabi International Triathlon attracted a record 2,400 athletes from 100 countries to the capital’s breath-taking Corniche in 2014. For 2015 the new format ITU World Triathlon Abu Dhabi is expected to grow the UAE event even further under the auspices of new event host partner the Abu Dhabi Sports Council.

H.E. Aref Al Awani, General Secretary of Abu Dhabi Sports Council, said: “We are delighted to welcome triathletes of all abilities and experiences to the inaugural ITU World Triathlon Abu Dhabi on our capital’s stunning Corniche on March 7. The opportunity for age group athletes to compete on the same stage as the world’s top 65 men and 65 women is quite unique. Most importantly, it matches with the Abu Dhabi Sports Council’s role in providing all kinds of support and supervision over major sports events along with providing great interest for talented athletes. We are looking forward to starting a new chapter in Abu Dhabi’s sporting history in only four months’ time.”

The new event will be headquartered at the Abu Dhabi Sailing & Yacht Club on the breakwater opposite the Abu Dhabi Corniche, where a spectator-friendly environment including a 2,000-seater grandstand, a bike park, a ‘Friends and Family’ area, refreshment kiosks and a kids zone will be built. The elite event will feature a ‘swim start’ off the Volvo Ocean Race yacht pontoons with the top men and women on the ITU World Series rankings competing for line honours in the opening event of the 2015 season.

About the ITU World Triathlon Series

The ITU World Triathlon Series was introduced in 2009, creating a series of world championship races rather than a single-day world championship. From 2009 until 2011, it was called the Dextro Energy Triathlon ITU World Championship series, but was re-branded in 2012 as the ITU World Triathlon Series. There will be ten rounds in the 2015 season, culminating with the Grand Final in Chicago in September. The world’s top triathletes will compete head-to-head for rankings points that determine the overall ITU world champion, with media and fans able to watch from everywhere with a live international broadcast feed available from every event.

About the International Triathlon Union (ITU)

The International Triathlon Union is the world governing body for the Olympic sport of Triathlon and all related Multisport disciplines including Duathlon, Aquathlon, Cross Triathlon and Winter Triathlon.  ITU was founded in 1989 at the first ITU Congress in Avignon, France.  Headquartered in Lausanne, Switzerland, ITU also has

Games, Pan American Games and Commonwealth Games.  Paratriathlon was accepted into the Paralympic Games in 2010 and will make its Paralympic debut in Rio 2016.  ITU is proudly committed to supporting the development of the sport worldwide through strong relationships with continental and national federations, working with its partners to offer a balanced sport development programme from grassroots to a high-performance level.  For more information, visit: www.triathlon.org

The Abu Dhabi Sports Council "ADSC" has been established based on the Decision of H.H Sheikh Mohammad Bin Zayed Al Nahyan, Abu Dhabi Crown Prince and Deputy Supreme Commander of the UAE Armed Forces, No. 16 of 2006, The establishing of ADSC is a personification of the visions and ideas of our wise leadership to develop Sport and youth activities in the emirate of Abu Dhabi.

ADSC goal of regulating is to develop the sport sector in the emirate of Abu Dhabi through the development of sport clubs, sport institutions, and sport events by availing an integrated sportive environment in terms of legislative, organizational, technical, administrative, and infrastructural aspects in order to meet and to fulfil the needs and requirements of the community, and to avail the opportunity for the juveniles, youths, and various age categories and segments to have a professional sportive environment to enable them to practice and to enhance their sportive and educational skills, prepare them to compete strongly in championships and competitions at local, regional, continental & international levels. Also to promote sport investments and to spread and disseminate the culture of sport professionalism through the application and implementation of the latest and best international practices.